Masks of a Tiger by Doris O'Connor 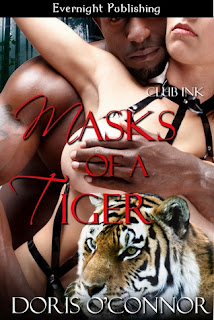 Ah, the book I've been waiting for!!

I fully expected to love this book, and I did. It was great. I really seen a different side (kind of) to Grisha, and I love him, love him, LOVE HIM!! Also, the guy on the cover is rather hot too!!

The Sex scenes were hot, and there were parts where I really felt for Grisha and Neeve, when you read it you will know what I mean.

Another fab one, you go girl!!!! And hopefully not the last in the series?
Posted by Dee at 09:49 No comments: 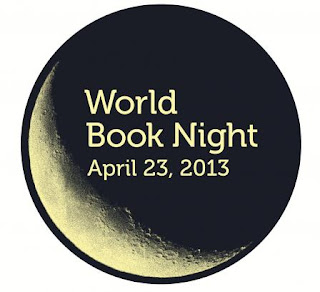 These are the book choices:

* The Secret Scripture by Sebastian Barry
* Noughts and Crosses by Malorie Blackman
* Girl with a Pearl Earring by Tracy Chevalier
* The Eyre Affair by Jasper Fforde
* Casino Royale by Ian Fleming
* The White Queen by Philippa Gregory
* A Little History of the World by E.H Gombrich
* Little Face by Sophie Hannah
* Damage by Josephine Hart
* The Island by Victoria Hislop
* Red Dust Road by Jackie Kay
* Last Night Another Soldier... by Andy McNab
* Me Before You by Jojo Moyes
* The Knife of Never Letting Go by Patrick Ness
* The Reader by Bernard Schlink
* No 1 Ladies’ Detective Agency by Alexander McCall Smith
* Treasure Island by Robert Louis Stevenson
* The Road Home by Rose Tremain
* Why Be Happy When You Could Be Normal? by Jeanette Winterson
* Judge Dredd: The Dark Judges by John Wagner

I have applied today. I did it last year for the first time and I loved it!Last year I gave out copies of 'The Road' by Cormac McCarthy.

My 3 choices this year were:
Are you going to apply to be a giver? Which book will you choose? Have you read any of the chosen titles?
Posted by Dee at 15:04 No comments:

Abundance, Montana, once a lively mining town in the days of the wild west, is now not much more than a ghost town. Local girl, Dixie, a struggling single mother who has just lost her baby, tries to make ends meet while her feckless boyfriend Billy drifts from one job to another, always believing his next moneymaking scheme will be the winner. Above them in the magnificent mountains surrounding Abundance, jaded Hollywood actor Spencer Scott conceals himself from the paparazzi on the ranch that has been his pristine sanctuary until the arrival of his obnoxious, nine-year-old son. Then Billy puts into motion a plan almost too appalling to contemplate, and from which there is no escape. As all four are forced to confront the brutal reality of the Montana mountains, so too are they forced to face their damaged lives in this poignant new novel

I was pleasantly surprised by this book.

I have been a big Tory Hayden fan for a long time and have read all of her other books, her 2 other Novels were big favorites of mine. But since Tory hadn't released anything fora while, I was a little skeptical, even more so when I saw the cover. Torey's name is splayed across the front cover in massive letters, whilst the books name is underneath in small writing. This made me worry she was having to get her name so big on there to get people interested in the book.

I actually really enjoyed this! Took a while to get through it at first as i was busy reading other stuff, but once I picked this up properly, I loved every minute of it.

I loved the relationship between Dixie and Tennessee (or 'Joker' as she calls him), you could tell she wanted to take care of him and try her damned hardest to keep him safe. Billy was an ass, I would have killed him long ago if I was Dixie!

The bit I particularity likes was the scene between Spencer and Guff in the forest. If you've read it you'll know what bit I mean. The conversation was beautiful, the apologies and the love you felt between the 2 were great. This was my favorite bit of the book.

All in all this was another great book from Ms Hayden!
Posted by Dee at 10:38 No comments: 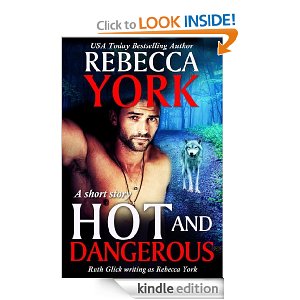 Hot and Dangerous by Rebecca York
What's more dangerous--terrorists or a hot and sexy werewolf?
She's on vacation, hoping for some romance.  He's a werewolf, trying to outrun his destiny.  When they flee from a terrorist attack on their island resort, they end up in each other's arms.  What happens when she discovers her lover is more than a man? 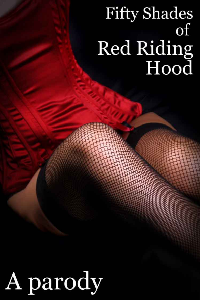 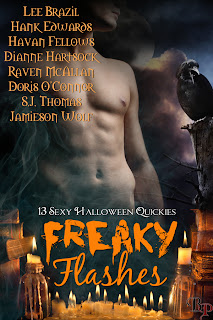 Freaky Flashes by Lee Brazil and others Authors
Death Day Anniversary by Lee Brazil
A newcomer to town follows urban legend to the cemetery- is he a willing sacrifice, or an unfortunate dupe?

The Sum of His Parts by Hank Edwards
Scott Tallow awakens in a hospital, stitches holding him together. As a handsome doctor helps him heal, Scott comes to realize he's not quite himself.

Writing is a Socially Acceptable Form of Schizophrenia by Havan Fellows
Almost everyone has an interesting story to tell. I've got numerous—and they've declared war against me.

That Special Feeling by Raven McAllan
Can you carve your future happiness in a pumpkin?

Andrew Calls the Dead by Dianne Hartsock
Love is powerful, but is it strong enough to raise the dead?

Make me a Sandwich by Lee Brazil
When his roommate is away, distraction is just a horror movie away for Gregory...until the things that go bump in the night take over.

Destiny by Doris O'Connor
Can Arabella reach sanctuary, or will her dreams become reality?

Spin the Bottle by Raven McAllan
Aeons ago, Attric had been banished in disgrace. Halloween gave him the chance to redeem himself. Would he? Or was he doomed to live in a bottle forever?

The Birthday by Dianne Hartsock
Every birthday Cyrus visits the dance clubs with a surprise for the young men. This year, the tables are turned.

Strength's Curse by S.J. Thomas
Hunted through the night by a terrifying creature a young girl refuses to give up, but her strength will be her curse.

Reaping Darkness by Jamieson Wolf
As a new Reaper of Souls, Kale knows who Death is. He just isn't used to Death showing up in his dreams. When he does, Kale learns that attraction, even in dreams, can be very real indeed...

The Fog by Lee Brazil
Starting afresh in a new home in the valley should have helped Jeff leave memories of his lost love behind. Instead his dreams are filled with a passion that is terrifying in the light of day.

In the Shadows by Dianne Hartsock
He waits in the shadows; silent, hungry. Careful! He might be watching you 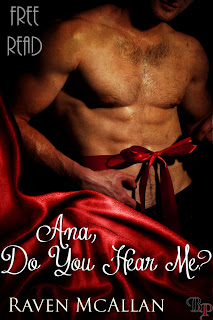 Ana, Do You Hear Me by Raven McAllen
Hot dreams are all well and good—until you wake up alone. Ana has decided enough is enough, one last time, and no more. However, does she have a choice? 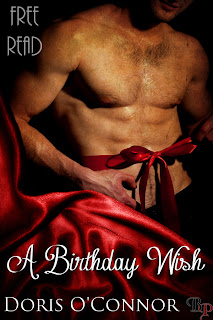 A Birthday Wish by Doris O'Connor
Andy has one wish for his birthday, to see his wife. Work, kids, life, is threatening to tear them apart. Can they bridge the chasm between them, or is it all too late? 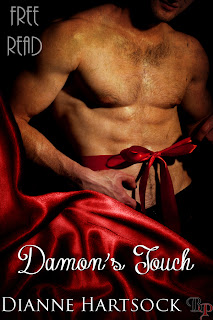 Damons Touch by Dianne Hartstock
Damon's hunger gnaws at him. He needs to feed soon before desire overrides caution and he enters the village. For Lacey, the sight of Damon drinking from his brother's throat should repulse him. Instead, he's oddly aroused. Damon is all his fantasies come true. Lovely and dangerous. As Damon's prisoner, Lacey's love for his beautiful captor grows, but will love be enough to set them both free? 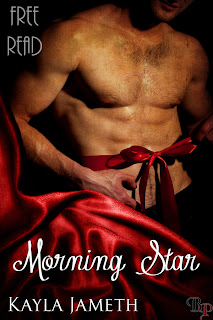 Morning Star by Kayla Jameth
What would you do if you met Adonis? Mark spends one night with him and is never the same again. 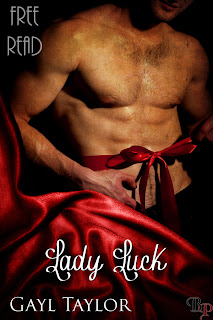 Lady Luck by Gayl Taylor
A successful man, a beautiful woman, and a chance encounter at a craps table in Reno. With one roll of the dice, luck runs out for one of them—or does it?
From the moment he laid eyes on her, Tyler Connell was convinced the beautiful stranger at the opposite end of the craps table was his "Lady Luck". Although Tyler couldn't lose at the table, he'd definitely lost his heart. He was a man who got what he wanted and Tyler wanted her.
After placing a bet with incredible odds and winning, Anya was convinced the gorgeous hunk rolling the dice had a Midas touch. He'd won her heart with his mesmerizing dark eyes and dazzling smile and Anya imagined doing a little touching of her own. When she places an ill-advised bet and loses everything, he proposes one last outrageous wager.
With both their hearts on the line, the stakes are high. Is it worth the risk?

Nothing to Forgive by Lee Brazil 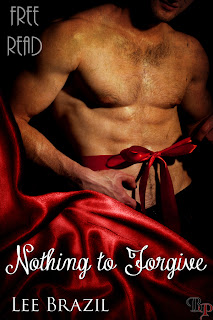 Vic comes back from a business trip and is shocked to find a hot young thing hanging on to his lover. Sure, he and Marc had a fight, but Vic figured they'd work things out. And how could Marc's new someone special be so young, when their fight had been about their age difference...?
Posted by Dee at 19:00 No comments: