Under The Alpha's Protection by Doris O'Connor book tour AND Author interview :) 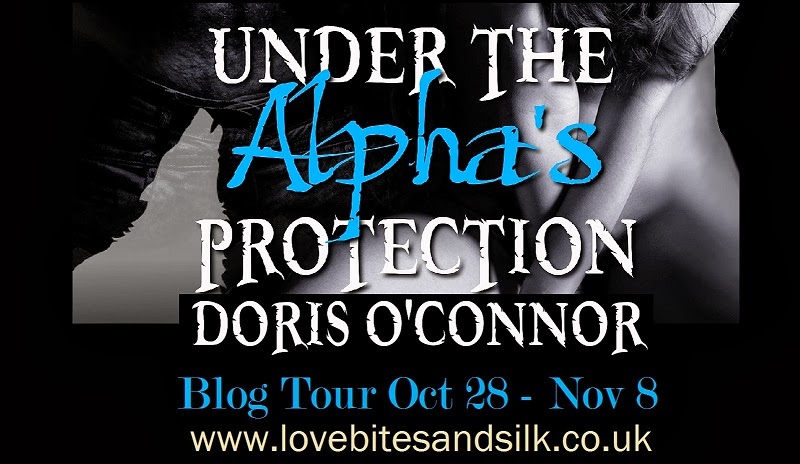 Under The Alpha's Protection by Doris O'Connor 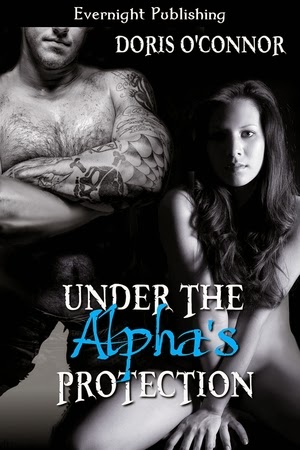 Blurb:
Nikita Ashton and Raoul Saint Germain have been friends for five years, so when Nikita is attacked, there is only one place she can run to—straight into Raoul's arms.
Raoul is the Alpha of his pack and he is furious that the woman he loves has been harmed on his territory. Were it not for the fact that Nikita does not believe in anything even remotely paranormal, his wolf would have claimed her aeons ago.
Nikita is in need of tender, loving care, not his baser needs that are threatening to overtake him.
However, when Nikita admits that she knows about his being in the lifestyle, the Dom in him cannot resist the challenge to make her his submissive.
Blissfully happy in their new Dom/sub relationship, everything changes when Nikita is kidnapped. Can Raoul get to her in time to save her life?

1. Please tell us a little about yourself
First off, thanks bunches for hosting me, Dee 
What can I say about lil old me? I'm a multi-published and dare I say it, bestselling Erotic Author of all things naughty. I still have to pinch myself at times, when I say that. To think that readers and publishers alike enjoy the imaginings of my murky mind is humbling and terrifying and awesome all rolled into one. After, all, this is just me, doing what I love.
When I'm not writing, I'm managing a busy household of eleven people, that is Hubby and myself and our brood of nine. The eldest has now left home, but that still leaves eight of them, plus two dogs, a cat, and four gerbils.

2. How did you come up with the idea for your book?
As so many of my stories this one started from a #TantalizingTuesdays Flash. From the minute I wrote that flash, I knew it needed expanding. An anthology submissions call gave me the kick up the proverbial to get it written, but I very quickly realized that there was too much story there to fit it into 10K anthology length, so I wrote a different story for that one, and made Under the Alpha's Protection a stand-alone.
Ironically readers tell me they didn't want the story to end, and I've had requests for a sequel, which I may or may not have to write. We shall see…

3. When did the characters first pop into your head?
I run a regular Friday feature on my Facebook page called Sexy Man Friday, and my hero Raoul announced himself then. I took one look at his picture and knew he was wolf shifter. Nikita popped into my head from the above flash. They were both very insistent to their story told once I started, and as per usual, it took on a life of its own.

Nikita too had a few surprises in store for both myself and Raoul. She turned out to be one of the strongest and most kick-ass heroines I've ever written.

5. Do you still find it easy to come up with different stories? You have a lot of books out now!
Coming up with the stories is never an issue. Finding the time to write them is another matter! My muse will typically bombard me with snippets of ideas all of the time. Some of those linger, others never get past the oh, I really must write that stage, and others box themselves to the front of the queue without any shame whatsoever until I'm forced to sit down and write them.

6.Where do you like to write?
In my office overlooking the Mediterranean sea, whilst sipping cocktails …

Oh, you mean in real life? I have a desk in the corner of my living room, but by far the most writing gets done on the settee, or my bed, when everyone else is asleep.

7. Do you read a lot?
Oh yes. I've been reading from the minute I learnt how to, and I dare say I'll be reading on my death bed. Reading is how I relax. I'm either reading or writing, lol, and I have a huge TBR pile, which I am adding to all the time!

8. Who are some of your favourite authors?
Too many to mention them all, but the immediate ones that spring to mind are, Tymber Dalton, Cherise Sinclair, Cooper McKenzie, Ann Mayburn, Jenika Snow, Tara Rose, Sandra Bunino, Hazel Gower, and many many more.

9. And last but not least, have you any words of wisdom for aspiring writers out there?
Write, read, and write some more. Find *your* voice and never, ever give up. If writing is in your blood, you won't be able to anyway. 

Thanks for stopping by Doris :)