***REVIEW*** My Dad's a Policeman by Cathy Glass 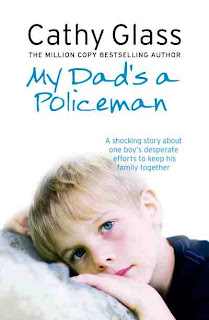 Ryan is 12 and streetwise. He lives with his mother and younger brother, Tommy, on a large run-down council estate. Their mother is an alcoholic who can't look after her sons. Ryan does his best to stop Tommy and him being taken into foster care, but it isn't enough. One afternoon, social workers suddenly arrive at school and take the brothers away. They are separated and sent to different foster carers. Ryan is very angry.


This is part of the Quick Reads collection, which are short books by well known authors.

Ryan takes off during the first night of his foster placement, and goes home, vows to find Tommy and run away with him. Does it go as it should? Yes, but not in the way Ryan had planned.

No spoilers from me on this one as it's just a short book anyway, but I really enjoyed it!
Posted by Unknown at 10:17