Oh, and I'm over at her blog today too

Locations in novels…why do we choose what we do?

My debut ancestral romance novel Monogamy Twist is set in Yorkshire, England. No one, as yet, has actually asked me directly why I chose to set it in rural Yorkshire, although I kind of expected that someone might.

Monogamy Twist, a sensual romance, was published by The Wild Rose Press, a mainly e-book publisher though they make available their longer novels as POD availability on Amazon and other outlets. The Wild Rose Press is based in New York - a publisher which has a largely US readership. So why did I not decide to make it about a tumbling down, rambling manor house in the US? One that seemed to be old and decrepit, but actually wasn’t that old?  Or why did I not set it in southern England in areas that might be more familiar to a world wide audience? My reasons for choosing Yorkshire came about like this…

The plot of Monogamy Twist transpired from me watching a current TV adaptation of a Charles Dickens novel, while I was also making my first foray into ancestry researches of my own family. My ancestry researches were throwing up all sorts of interesting things. I was intrigued about the twists and turns that history can take and how it can make for convoluted searching to uncover the real story.

I decided to make my own contemporary version of a weird Dickensian bequest - of a slightly dilapidated sizeable house and estate being left to a guy who has absolutely no idea about the person who has named him as beneficiary. Luke Salieri wants to find out why he has been named, but he needs someone to help him and in the best Dickensian traditions there are quirky conditions for him to fulfil in order to be the eventual owner of the estate. A marriage of convenience theme was the most obvious one to use for this! I admit it was a bit contrived but my heroine, Rhia Ashton, just happens to live next door to the old estate, loves it, and is an ancestry researcher. Now how convenient is that?

I then had to think about a location. I’m Scottish and setting a ‘Dickensian’ type story somewhere in Scotland just didn’t ring true, although I have based my contemporary fun mystery romance Take Me Now on a fictitious Scottish island off the west coast of Scotland. (Why I chose that setting is the stuff of another blog post!)  For Monogamy Twist I wanted it to be somewhere in England, somewhere that a beautiful old property could have endured in such a way that the fabric was a bit neglected in recent decades but that it had been well looked after during the nineteenth and early twentieth centuries. A place that in essence is a veritable museum that has been mothballed for decades – do any lovers of Dickens see a similarity here?

When I began to write Monogamy Twist I was also doing rewrites to my historical novel The Beltane Choice. Set in AD 71, Britannia, The Beltane Choice largely takes place in the territory of the Brigantes- a lot of which is present day Yorkshire. The locations for The Beltane Choice straddle the areas we now term the border between Scotland and England. That choice of location pandered to my ‘Scottish’ need since Nara is of the Selgovae tribe and because Lorcan is a Brigante it meant I could write about the Roman invasion of ‘Yorkshire’ as well. You could say Yorkshire was on my mind at the time. It was also a contributing factor that I had recently made a visit to York for a niece’s graduation ceremony and Roman York (Eboracum) – i.e. the tourist sites  - were fresh in my mind.

Back to my planning Monogamy Twist. I looked up the internet specifically to find out about properties in Yorkshire that were sizeable enough to have land attached, yet were not enormous. I found sufficient to know that setting my ‘Greywood Hall’ in rural Yorkshire was feasible. I’ve not been all that often to places in Yorkshire but I love the versions of pale pink and cream stone that were used in some of the very old houses I’ve seen. I adore York itself with all its myriad of stone colours and buildings of all ages. A more typical red building might also have been possible but in my imagination ‘Greywood Hall’ is of a paler hue.

Being set in Yorkshire also meant I could imagine that a neglected rural property could remain intact and be less prone to malicious damage, the house being away from main roads and not visible except to those who purposely enter the gardens.

For me, Yorkshire was the perfect romantic setting, exactly what I needed for what turned out to be my debut sensual romance.  The cover artists at The Wild Rose Press ask the author for basic book details and then its over to them, the author having little input after that initial stage. When Kim Mendoza, cover artist, sent me her design I was delighted. Although the architecture of the house featured doesn’t match my descriptions Kim had managed to capture the essence of it in the pale stone. For a world wide audience it has an ‘Englishness’ about it which is perfect.

I don’t know how you choose your settings but mine have come about from personal experiences. If you’re also an author, I’d love to know what makes you make your choices.

Thank you, Dee, for having me on as your guest today! I love visiting new blogs and meeting new readers. 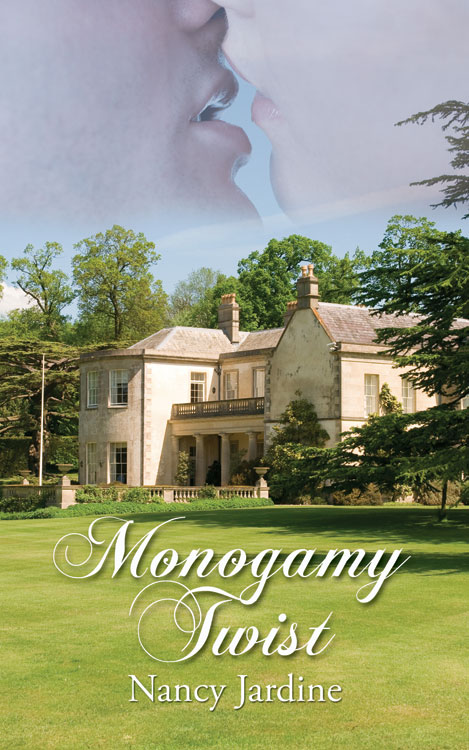 Featured books Buy links:  Monogamy Twist http://amzn.to/OY77zY The Beltane Choice http://amzn.to/Rqg7yY
All books available on Amazon, some at Barnes and Noble; Smashwords; and other ebook retailers. 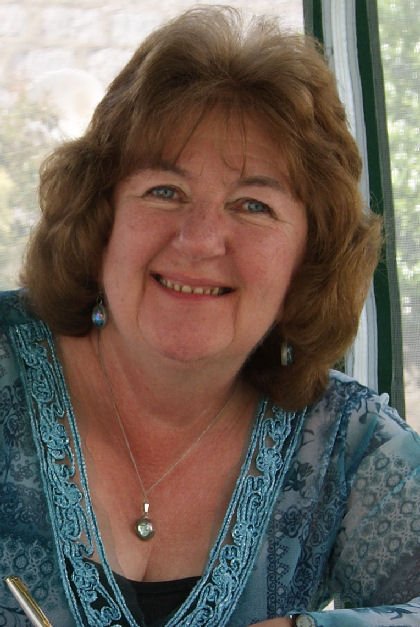 About Nancy Jardine:
An ex-primary teacher, Nancy Jardine, lives in the castle country of Aberdeenshire – Scotland. Ancestry research is an intermittent hobby: neglecting her large garden in favour of writing is becoming the norm. Activity weekends with her extended family are prized since they give her great fodder for new writing. She devotes her time between officially childminding her toddler granddaughter, writing, gardening, and dreaming of completing the current writing - eager to get on to the next planned work.

A lover of history, it sneaks into most of her novels along with many of the fantastic world locations she has been fortunate to visit. Her published work to date has been two non fiction history related projects; two contemporary ancestral mysteries; one light-hearted contemporary romance mystery and a historical novel. She is currently published by The Wild Rose Press and Crooked Cat Publishing.